Sagiura is a village located almost directly north of Izumo Taisha Grand Shrine in Shimane Prefecture’s Izumo City. It is a small village, with a population of about 200 people, where the residents’ houses line a narrow road that follows the edge of the small bay it faces. At one time, it flourished as both a port of call for kitamaebune, the cargo ships that sailed the Sea of Japan during the Edo Period, and as an area of copper mining. As you go through the tunnel at the top of the pass that connects Izumo Taisha and Sagiura, the townscape of Sagiura comes into view, providing you with a scene of an unspoiled traditional Japanese village.

Here you will find Inasehagi Shrine, an auxiliary shrine of Izumo Taisha with a history of more than a thousand years, as well as cottages and a campground that allow you to enjoy the combined scenery of sea, forest, rivers, and town at your leisure. Sagiura gives you a taste of what life must have been like long ago in Japanese villages, all while you feel a passage of time unique to those kinds of areas.

Sagiura’s festivals are quite unique as well. During Shagiri-mai, which is held during the New Year, the town’s residents dress up as demons and dance in a procession through town, going into each house and performing a ritual dance to drive away evil spirits. In this town of only 200 people, it takes nearly 80 people to successfully carry out this festival, and the powerful spectacle of this festival is a highlight of the year.

Also, the Sagiura natsu-matsuri (“summer festival”) held at the end of July is a festival befitting a port village. In boats specially prepared to pray for safety on the seas and large catches of fish, people visit Kashiwa Shrine on Kashiwa Island. Kashiwa Island is a beautiful island that sits in the bay near Sagiura Port, and Kashiwa Shrine sits at its peak. Led by the main boat, all of the other boats in the village follow, decorated with flags signifying a large catch. They line up facing the sunset, creating a scene filled with an atmosphere both beautiful and mysterious. 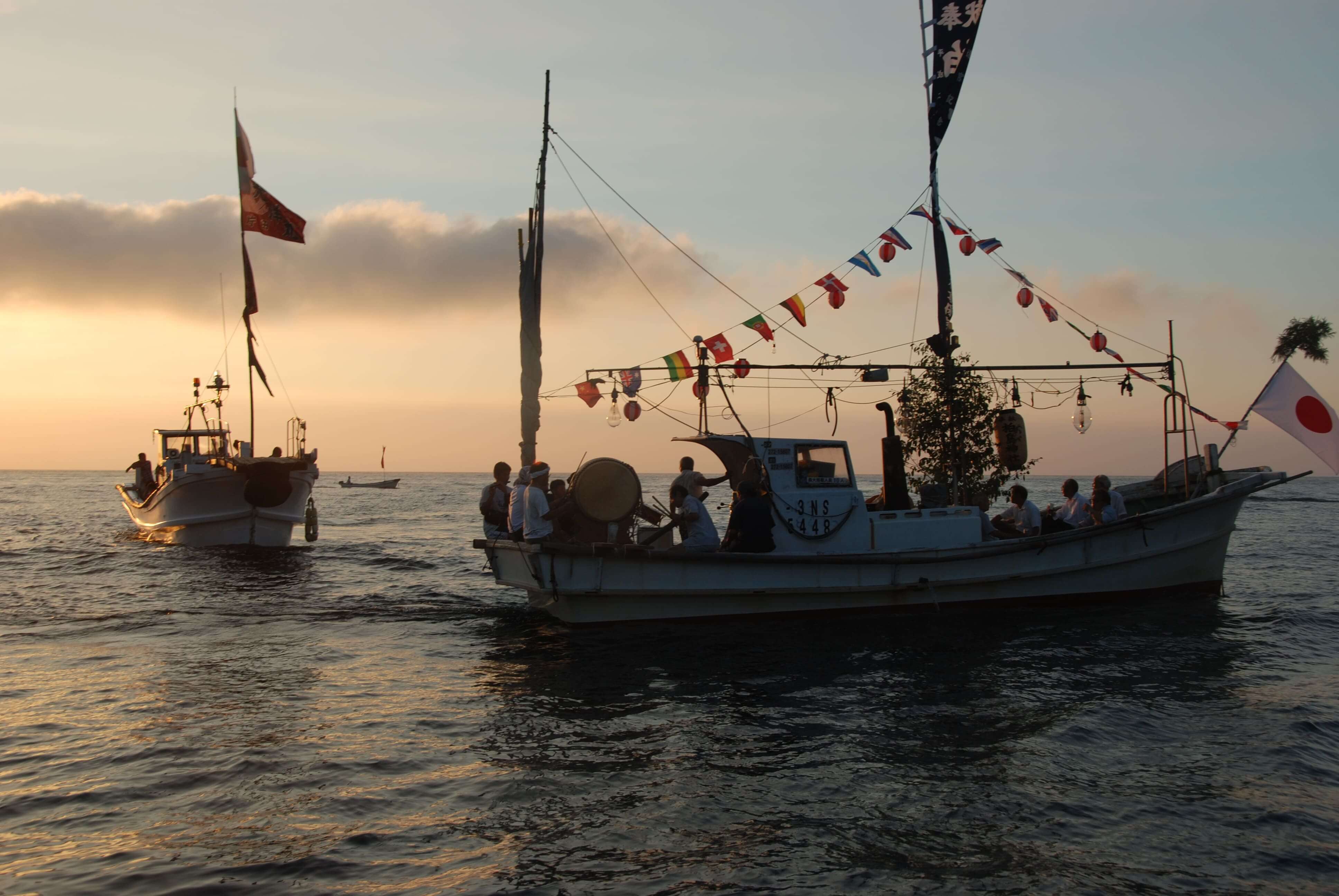 A young samurai who loves the arts and public bath and is always on the lookout for "What is really good?".